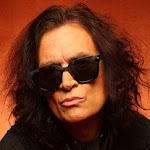 For one night only Black Country Communion will be on a big screen in a town near you with LIVE OVER EUROPE.

On November 1st, 2011 at 7:30PM Vue Cinemas around the UK will be screening BLACK COUNTRY COMMUNION: LIVE OVER EUROPE in high definition and Dolby 5.1 surround sound.

Filmed on 14 HD cameras during the summer of 2011 in the German cities of Hamburg, Munich and Berlin this is the live film that Black Country Communion were destined to make.

It’s a thrilling concert film which puts you right there in the middle of the crowd, watching one of the best live acts in the world in full flow.

The film will be screened in 16 Vue Cinemas around the UK: